Burning Man 2018: The Festival’s Brutal Conditions, and How To Survive 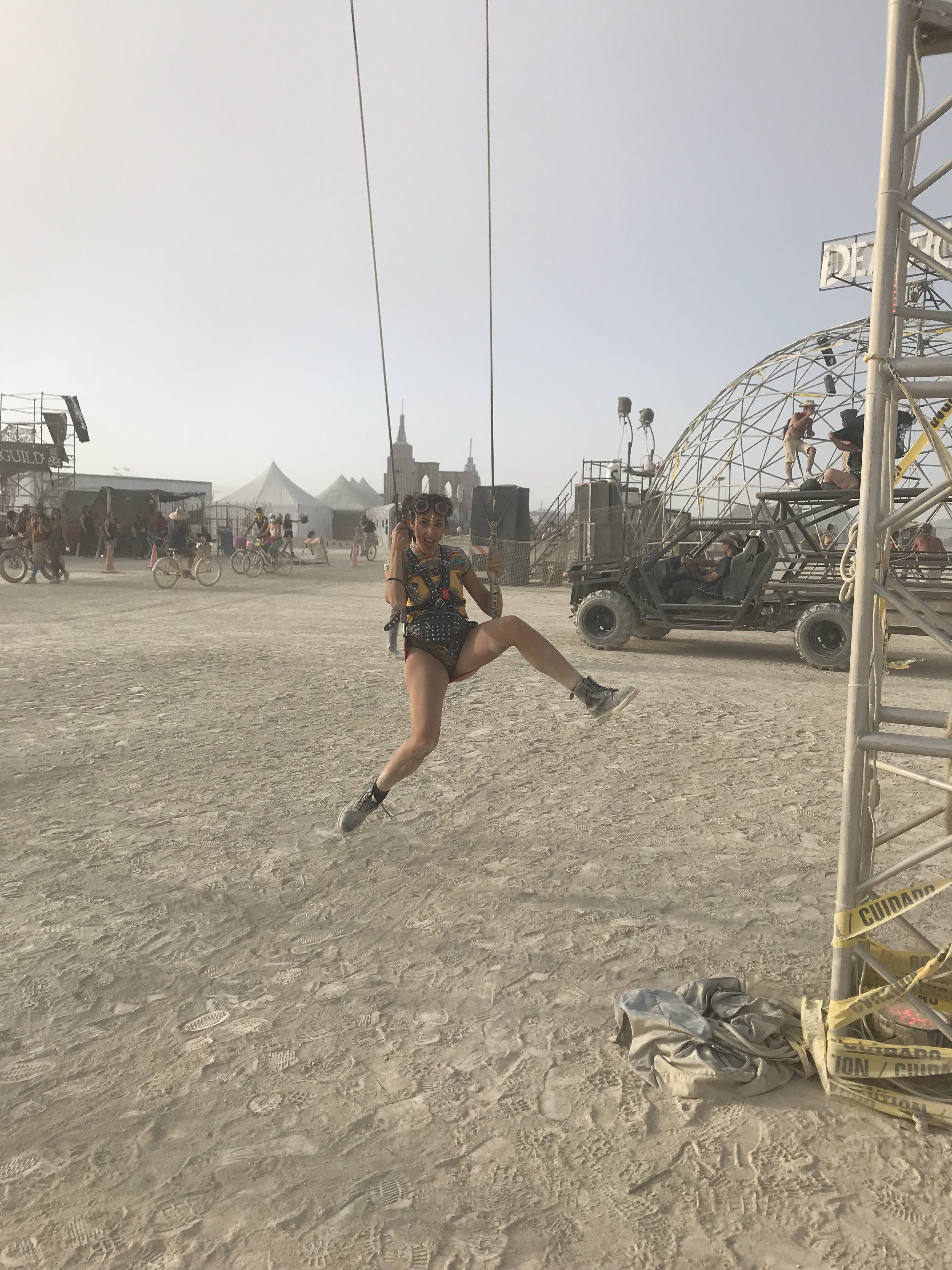 Questions from Friends on What Burning Man 2018 is all About?

As a future first time Burner, what you are probably wandering about right now is the basics. This is why I did not include here any long explanatory content or  funny videos. You are probably especially wondering about Burning Man’s brutal conditions and how to deal with the limited amount of food and water while you’ll be staying at Playa. In most of the cases these sound silly things to check out but trust me that in most of the cases you’ll find out that are the most essential things you really need to know everything about in advance. Food supplies, surprising sand storms and security issues are just a few of the stuff you need to be aware of before you anchor to Playa. So, first things first!

“Actually, one day before we arrived to Black Rock Dessert we made a stop at Reno where we got our bikes (the renting cost per bike was approximatelly $60) and then we went to Walmart where we got all the food we thought we might possibly needed for spending 7 days in the dessert. Truth is that I had no idea where to start from, and I thought that cooking meals for 7 days and freezing this food in advance would be the perfect idea. Luckily enough these meals seemed to be good enough for 3 days time. The problem was that an RV’s freezer normally does not work 100% efficiently when the engine is deactivated and therefore part of these meals I prepared ended up in rubbish. This is why I think that next year I’ll might go for canned food instead of cooking proper meals.”

“Oh 100% yes! There were no policemen around but there was many of the so-called Burning Man Rangers and that made me feel super secured at all times. There was not a single moment feeling unsafe or in danger even that one night that I went for clubbing alone. Also, I have been told that there is a lot of undercover rangers in playa, so no matter where you’ll go at Black Rock City you should feel super ok about your safety.”

“The craziest incident I had at Burning Man festival was when Denis and I “got trapped” in a sand storm while we were cycling in Deep Playa during the midnight. This happened when we were already quite far away from Burning Man’s main camps. The storm was so strong that we did not have enough time to quickly go back to the RV. It was the first time in my life having a sand storm experience and to be honest I felt scared given we were cycling in the absolute dark without being able to see any further than 0,5 metres distance. I felt even more scared when we realised that we had both forgotten taking our google glasses and our masks (can’t stress enough how important is to carry goggles and mask with you at all times), and there were massive waves of sand getting all over our faces and mostly into our eyes.

To be honest that was quite painful. The strangest part of the story was that the only place we eventually managed to reach was The Temple. Once we went out of The Temple a couple of hours later, the storm was still so strong that the chain of my boyfriend’s bike got lost! I was looking for him in the stop and at some point I saw him running with the bike and I was feeling almost helpless to even think reasonably. I can’t describe how happy we got when in the middle of this crazy storm we finally saw the Man. We run into its basement and the first thing we saw was lightening big screens hanging on the walls. On these, we saw a bunch of Burners’ messages full of love, compassion and empathy accompanied by the most colourful animations I have ever seen. I don’t know why but for some surreal reason I felt that this very moment I had just died and was re-born.”

“One of the very first times I saw the Temple I felt massive waves of energy and vibration. That feeling was coming from all the people were already there sitting on the floor crying for their own people whom they lost recently. The whole idea is that these people were sharing letters, photos, objects, paintings and anything that might possibly reminding them the people they lost, and on the very last day this temple is getting burned and with it everything left inside. This moment made me wonder how does it feel to to reconcile with anger, sadness and loss. It made me see the deep distance between my father and me even. Even when he died I was still feeling like this distance between us was still there, only because I never trully forgave him. This moment in the temple made me see that I never really tried to understand him and put myself in his shoes. Never even try to accept the fact that his mistakes in life were coming from his own despair and pain. Burning Man helped me facing a part of this truth, and without even thinking about it, a couple of days later I found my self standing once again in front of this temple writing a letter of forgiveness and gratitude to my father.”

What’s the most surreal festival experience you had so far? What do you think of Burning Man? Leave your comment below!